Dogues de Bordeaux Ruby and Hooch had been rescued from a shelter by Alan Noble, but their new home was not a happy one, Instead, Noble left them outside without water or shelter in wintry conditions, and did nothing to address Ruby’s skin and eye condition.

Judith Curry, prosecuting on behalf of the RSPCA, said an inspector first visited Noble’s home after an anonymous tip-off.

Miss Curry said: “She met Mr Noble, who refused to allow her through the property, but he did take her to the back garden, where she was shown two dogs through the fence.

“Ruby and Hooch were both in a lean condition, but appeared alert.

“Mr Noble stated that he was in the process of completing a new kennel. He said the back door was always open so they could have access to the house.”

Miss Curry said the inspector came across several breaches of the Animal Welfare Act, including lack of nutrition, shelter or bedding.

She added: “The yard was in a dangerous condition, with a lot of items that pose a threat to animals.”

Mr Noble was given advice on how to rectify the problems, especially in view of the cold weather, and an RSPCA inspector returned a few days later to find Noble was not home.

On December 20, 2015, they went back to the house, where they met Noble outside, refusing to show them the dogs.

“He stated that he had no keys to access the property and that the gates to the back garden were padlocked and the dogs were aggressive.”

Police were called and the inspector examined the dogs, who both had visible and prominent ribs, hips and spines.

“Ruby was very lethargic,” Miss Curry added. “The inspector said the animals needed to see a vet and Mr Noble signed them over to the RSPCA.”

The dogs were taken to see a vet and Hooch, who was underweight but required no treatment, was released to the care of the RSPCA on a special diet. Ruby was hospitalised, suffering from dehydration and a skin and eye condition. They have both been rehomed.

Noble was interviewed, saying he did feed the dogs three times a day with three 15kg bags of dried dog food per week. He said he’d taken in the rescue dogs four months prior and that his care had improved their health.

Noble pleaded guilty to three counts of failing to meet the needs of Ruby and Hooch, in that they were kept in an environment that contained hazardous objects and no adequate shelter; that he failed to provide them with a suitable diet and fresh water; and that he failed to address veterinary care in respect of infections.

Sentence: 12-month community order, with a three-month curfew; total of £210 costs. No ban.

Former careworker Scott, who is originally from Houghton-le-Spring, Co Durham, failed to take Benji to the vet, despite him suffering an horrific ear infection for weeks.

The dog’s ear had swollen to more than twice its normal size but Scott denied noticing anything was wrong until the day before the RSPCA paid her a visit in January.

The court heard Scott still failed to seek veterinary advice, instead going on a night out.

She added that this was not purely down to the ear condition, but because the dog was elderly and also had Cushings disease.

Mrs Jackman said a report from an expert said Benji’s ear must have been bad for two to three weeks.

She told Scott: “If you were a hands-on owner, the dog would have yelped, because it would have been in significant pain”,

Sentence: total of £640 fines, costs and surcharges; disqualified from keeping animals, except her two pet goldfish, for three years.

#TheList Jennifer Jeane Lampe, born c. 1988, of Shropshire Street, Market Drayton – beheaded her two pet snakes with a pair of scissors after downing seven cans of lager in an alcohol binge; also drowned a hamster and abandoned a puppy and kittens

Lampe told police she had killed the snakes because she feared her sister was about to throw her out of the home they shared and did not think she could look after them. 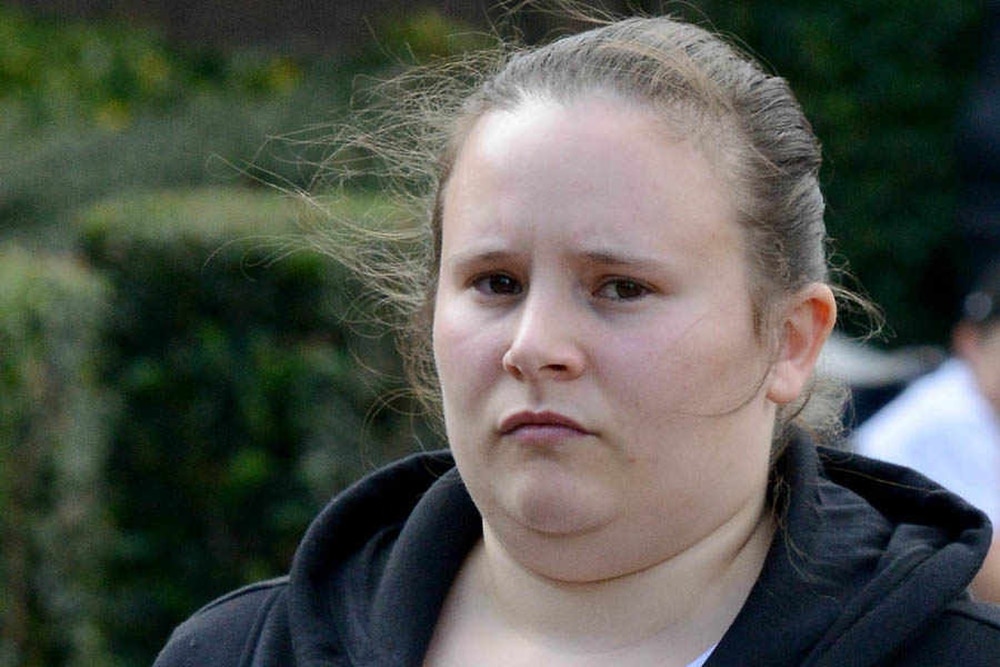 The heads of the two snakes were in her pockets of her jogging bottoms and she was covered in blood when police arrived to arrest her.

Four days prior to cutting the heads off her two pet snakes with a pair of scissors Lampe drowned a hamster because he was noisy and “keeping her up at night”.

The court heard Lampe had also dumped and abandoned two tabby cats and given away a puppy to a stranger in the park because she did not want to look after them any more.

Despite this catalogue of appalling cruelty and neglect, Lampe was given an animal ban of just five years.

Unemployed career criminal Fleming , who lives with partner  and mother of his two children Maureen Susan Hamilton, allowed Staffordshire bull terrier Oscar to become emaciated so that he could barely walk.

The Scottish SPCA were forced to have the dog put down to end his suffering.

A post-mortem examination showed the pet had not eaten for around six days prior to his death.

Following a Scottish SPCA investigation, Fleming pleaded guilty to causing unnecessary suffering to Oscar by failing to obtain veterinary treatment and allowing him to become emaciated.

Inspector Heather Lawson said: “Oscar was severely emaciated and he was barely able to walk. He weighed just 12.6kg when a dog of his breed should have been around 18-20kg.

“He also had a large testicular tumour and was very dehydrated.

“Sadly, the vet advised that the kindest option was to put Oscar to sleep to end his pain and suffering as he would not have recovered.

“A post mortem examination revealed that Oscar had no food present within his stomach indicating that he had not eaten for at least 4-6 days.

“This was a tragic case and we welcome the fact Fleming has been dealt with by the court and hope he will give serious consideration about his suitability to care for other animals in the future.”

Please make a small donation to show your support for the work of CLUK. This will go towards the running costs of our website.